"Wapikoni is here to give indigenous peoples ownership
over their own stories."

Odile was the Executive Director of Wapikoni, an organization that teaches filmmaking to Indigenous Youth across Canada and around the world, for three years. Wapikoni travels to Indigenous communities with fully equipped mobile studios to empower Indigenous Youth and encourage them to find their voices. In this episode, Odile shares the importance of narrative sovereignty, how access and mobility allow Indigenous communities to feel agency over their stories, and the power of storytelling as a tool for societal change. Discover the incredible impact of Indigenous filmmaking and the beautiful meaning of the name behind the organization “Wapikoni”. You’ll be inspired to see the world differently and find a new appreciation for storytelling, filmmaking, and indigenous empowerment.

(Wapikoni has recently announced that Odile Joannette is stepping down from her position as Executive Director. We want to congratulate her on all of her hard work and dedication to Wapikoni over the years.)

Wapikoni is a non for profit, charitable organization that fosters film, music and XR creations to serve the narrative sovereignty of Nations. Working not only with Indigenous Canadians but with other Indigenous and marginalized groups in the world, Wapikoni is internationally recognized for it’s impact model. Decolonizing excellence and supporting emerging talents by uplifting the voices of the original carriers as the only ones that should resonate in the stories of their lives and views — and promoting a tradition of “seven generation” decision-making — in Canada’s future.

Each year, an average of 300 youth participate in the workshops creating 50 short films and 30 musical recordings. Wapikoni Mobile has visited over 29 Indigenous nations in Canada and abroad (including Chile, Peru, Bolivia, Panama, and Finland). The program has produced over 1000 short films and 600 music recordings giving a voice to over 4 000 Indigenous youth. 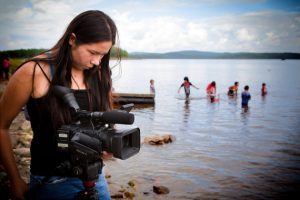 Odile Joannette is a unifier. She uses her voice to uphold and promote the rights of Indigenous Peoples and strives to break the barriers of accessibility, promote Indigenous resurgence and increase Indigenous social and societal participation. Passionate, resilient and dedicated, she works toward building bridges between Peoples, Nations and generations. Her ease and ability to explain indigenous values, issues and realities, effectively raises awareness, mobilizes and inspires people to work towards changes and decolonization. Profoundly convinced that artistic expression is a powerful tool to strengthen identity roots as well as for social and societal transformations, she became the Executive Director of Wapikoni in 2018. 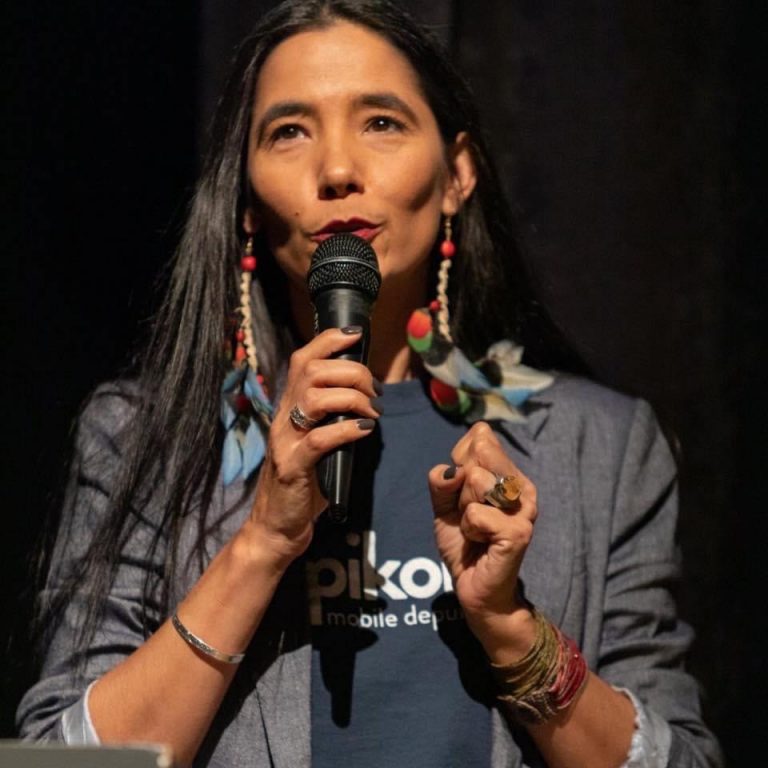 Every Wednesday, Xenolearn will do a Review Shoutout while promoting our podcast episode. Rate and review for the chance to be featured on next week’s Review Shoutout!

Listening to Odile share the Wapikoni experience is energizing for the audience as much as the participants. Learning about the incredible gift the Wapikoni experience provides indigenous communities is encouraging seven generations to come to take ownership of their narrative. Because it connects over 600 indigenous communities, it empowers them to share their stories in an authentic way and raises awareness not only in the communities themselves but in the world at large. Thanks Xenolearn for raising our awareness.